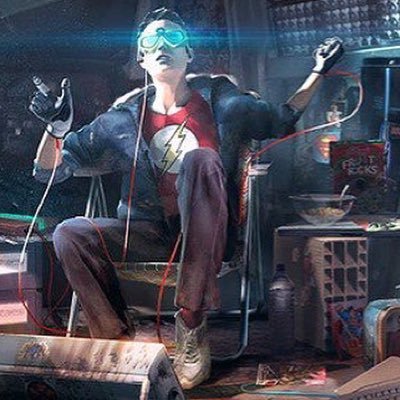 Ron is an Artist, Game Designer, Musician, Audio designer and Technologist that's worked in the game and tech industry since 1989.

One of the first employees at Blizzard back in 1991 (then called Silicon & Synapse). The first game he designed was called “The Lost Vikings”. What followed were more games such as “Rock’n’Roll Racing”, “Blackthorne”, “Lost Vikings 2”, “Death and Return of Superman” and “Justice League Task Force”. Ron was also the Lead Designer and one of the core creatives, artists and voice talents on Warcraft 1, WarCraft 2 and StarCraft.

During his time at Blizzard Ron chiefed the design group, guiding much of their games designs as well as hands on work creating game art and the designs for the units, heroes, much of the game mechanics and maps. He helped shape the ideas for the story of the game world and the characters in it. In StarCraft Ron originated the idea for three races that all played differently.

Other work of note is with Peter Molyneux as the Lead Designer of Black & White 2, Design consultant work with Ryan Payton and Camouflaj on Republique, Design work on Sony’s Fat Princess with Fun Bits Interactive, Game Design on Mafia Wars and other titles at Zynga, Design and Audio work for Guitar Hero 5 Mobile for Glu Mobile and Lead Designer on a big title for Lucasarts.

Ron worked also with John Gaeta and Peter Oberdorfer at Float Hybrid from 2009-2012 doing quite a bit of early research into AR/VR and Depth sensing technology including for Microsoft Incubation and experiments with artists such as Deadmau5. https://www.peterobot.com/interactive.html

He has also worked on early VR titles such as the design of HALP! for Oculus, an early internal touch controller game that was framed around interacting with virtual characters. He also crafted sound design and music for Oculus Story Studios first VR film "lost" as well as work on Penrose Studios "Allumette".

Now Chief Creative Officer of VRChat, Ron has spent the last three years bringing all his experience and creativity to help shape the future of Social VR.

As a side note Ron worked with Joel Zimmerman aka Deadmau5, Justin Roiland (co-creator of Rick & Morty) and BroGraph to bring a VRChat virtual stage experience to life last New Years Eve.

Ron Millar will give his talk from within VRChat, one of the most popular social vr platforms on the planet. He will introduce you to some of their creative community that's pushing the platform's avatar technology to new levels. Learn what he and they see as the next stage for VRChat avatars and virtual identities.